As a child, I was curious about some of the older ornaments that graced our Christmas tree each year.  My mother told me they were purchased during the years following World War II (my parents got married in 1946) and were not expensive as there was no money for elaborate decorating.  Now that those ornaments hang on my tree, I decided to do some research. 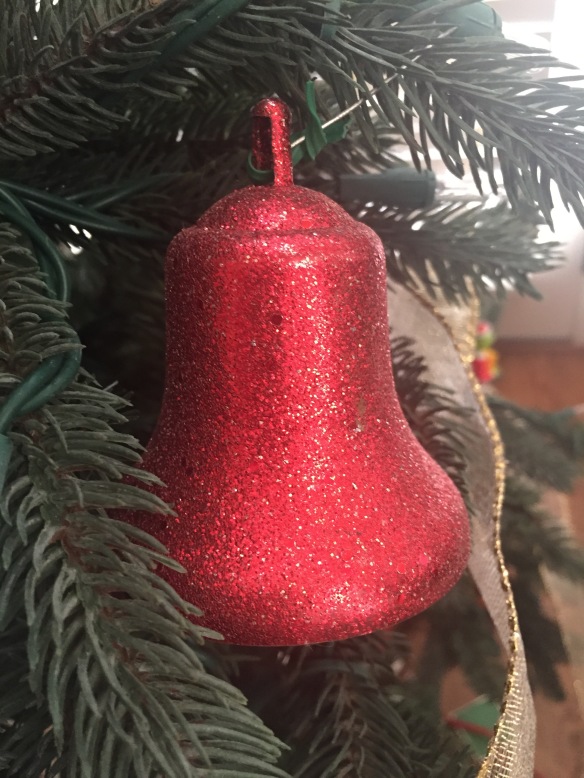 I didn’t find anything out about the new plastic ornaments, but I did learn that Germany and Japan were major producers of glass ornaments prior to World War II.  Of course, once the war started, glass ornaments from those countries were no longer imported to the a United States.  Following the war, Corning became a major producer.  When I looked at images of of the ornaments online, many were displayed in Woolworth boxes.  There was a Woolworth store in downtown Columbia, so mine could have come from there.

The colors in my glass ornaments have faded.  Because I have an abundance of ornaments on my tree, I display some of the glass ones in a bowl.  Perhaps I’ll pass a couple of them on to my sons when they have homes of their own.

This last ornament was bought in Colonial Williamsburg in the early 1970s. At one time, there were several of these, but this is the only one remaining.  I was in Williamsburg just before Christmas last year and didn’t see anything like this.  I haven’t done any research on this style or ornament, and have no idea if it’s very collectable, but it’s another reminder of the past that will remain on my tree for years to come.